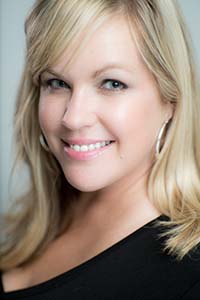 It all started out when I moved to Denver, Colorado....I've wanted to work in media since I could remember but when I graduated from the College of Charleston in 1997 trying to find a communication job was like finding a needle in a haystack. So along with my best friend, Peyton Tuthill, I moved to the Mile High City where I worked at Colorado Parent Magazine, National Cinema Network and one of my all-time favorite jobs, The Rocky Mountain News. (God, I LOVED that job but I lost it when we went into the JOA with the Denver Post)

During my time in Denver, I had some really great highs and some really big lows, all of what have made me who I am today. I moved back to my native Charleston in late 2002 leaving a life that changed me forever. When I returned to Summerville, my hometown, I did anything I could to get back to my passion -- writing and communicating messages -- so I began bartending and interning, yes, interning at the Charleston City Paper. I loved working there and learned a ton, I continued on and won't bore you with all the menial jobs in between. They were all integral, however, in leading me in where I am today. So after many nights of working until 3am bartending and staying awake a few more hours to report traffic on the local ABC affiliate and radio stations, I received a phone call I could have only wished for. Actually, two weeks before I told my boyfriend at the time (now husband) Darren, that all I wanted was for the local ABC station to call me up and offer me a job, he laughed at me. I actually laughed at myself. And then it happened. That's when I knew it's all about putting it out there. I got that great television job I had always dreamed of having and hosted and produced an hour-long variety show daily for five years. I learned so much that if I wrote it all I could have enough to fill another book! When the station decided to go into another direction, I was hurt and lost but knew that I had been through much worse so I utilized my past skills at some of the best jobs ever to show clients the possiblities of media.

Now I'm enjoying being on the other side of the camera - producing commercials, videos and promotions. Now I enjoy writing for magazines, newspapers, blogs and social media - it's a wide world of information. Now I enjoy helping others understand what really goes on behind the scenes in the newsrooms of America - knowing when to pounce, knowing when to chill and knowing when it's truly a story. So as Popeye would say, "I am what I am" and I hope my past experiences can help you increase your brand awareness. Thanks for taking your time to read this ~ cheers to you! Ryan

Some Links for Reading:


***We'd like to welcome Darren Goldwater - the other part of Nelwater- to the team! After years of being the Voice of the Citadel Bulldogs, Darren went out on his own and is now the TV Play-By-Play Annnouncer for the Southern Conference Network and he is also on the Nelwater staff specializing in advertising, voice overs, commercial creation, social media and more!